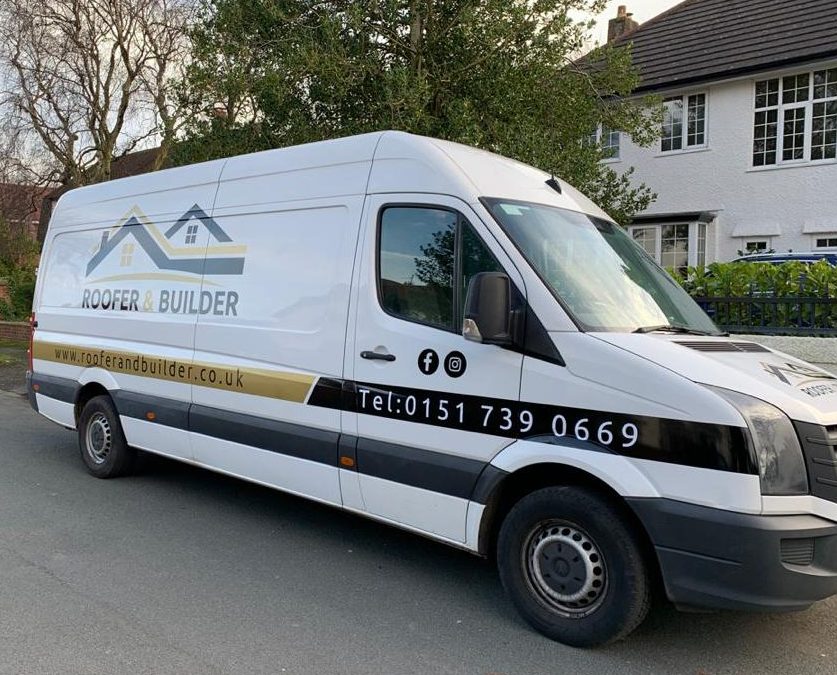 Slate is one of the longest-lasting options available when it comes to the material used on a roof, lasting decades if not more than a century if looked after sufficiently by the homeowner. Slate roof has proven to be extremely popular with clients, hence why so many houses sport a slate roof in a variety of designs, material modifications (such as thin concrete) and colours. Once the slate roof has been applied, though, there may come a time when it needs to be checked upon, which could range from minor tweaks to complete redesigns.

Here at Roofer and Builder, we offer multiple services pertaining to slate roof. The first of these concerns repair, and for this, our team will come out to a homeowner to fix any damaged slate roof.

Slate roof tiles can become damaged for any reason, whether they be inclement weather conditions, the settling of the roof itself, any heavy objects which may fall onto the roof unexpectedly (such as branches of trees that may break off during storms) or simply the passage of time, with wear and tear eventually getting to the titles. Whatever the reason, our team of experts will be able to check the slates, in particular noting which tiles are proving to be most problematic, and to fix them from there by removing and then replacing the areas of concern. This will allow the roof to be fully fixed and to be able to withstand the likes of rain, snow and wind once again, and by repairing smaller areas of damage, this will give the roof as a whole an increased lifespan.

It could be, though, that slate roof needs a bit more work. If the slate roof has been on the house for a long time (potentially dating back to before the homeowners even moved in) and it is showing stronger signs of damage, then a restoration could be the answer. This is our second service as it pertains to slate roof, and the intention here is to rebuild the roof somewhat so that it once again resembles how it used to look. This means applying tiles that match the design of how it originally looked, giving the roof as a whole a full clean and maybe even a repaint, and fixing any smaller issues that may arise with the roof along the way. This is the most recommended service for those whose roofs are in need of more than just a touch-up, but who do not necessarily want to have their entire roof re-laid. Restoration serves as a compromise, effectively working as a significant update on the roof as opposed to a total change.

This brings us to the third and final option that we provide when it comes to slate roof, and that is re-roofing. This is when the roof is either damaged to the point that major renovation is required, or perhaps it might come down to the homeowner wishing to redesign their house entirely, with the roof forming part of that plan. Our re-roofing services come in two ways: full and part. In the case of full, this is where the entire roof will be re-laid, which means new tiles, new cement, new paint and an increased amount of time to apply it perfectly, while also working around the likes of the chimney and any television aerials. The alternative is to this in part, which means focusing on maybe a third or even a half of the roof. This will be more cost-effective if there is a situation where the whole roof doesn’t necessarily need to be redone, and it means that the homeowner has the option to revisit and have the rest of the roof re-laid at a later date. This also helps in the event that the homeowner is unable to leave their house or stay away from certain rooms for a prolonged period of time, which would be required for any full re-roofing jobs.

If you feel that it is time to have the slate roof on your home checked out, whether it be for repair, restoration or either a full or partial re-reroofing, you can get in touch with our team here at Roofer and Builder today, and we can quickly make plans to work on the slate roof of your house. You can contact us either by calling 0151 739 0669 or by emailing info@rooferandbuilder.co.uk.

Despite our best efforts we are UNABLE to deliver the Green Home Grant at this time.

The rules keep changing and even though we are Trustmark, NFRC, FMB and Velux certified installers, this is still not enough. We would like to apologise to all customers who request Green Home Quotes from us, but we are unable to deliver them at this time.